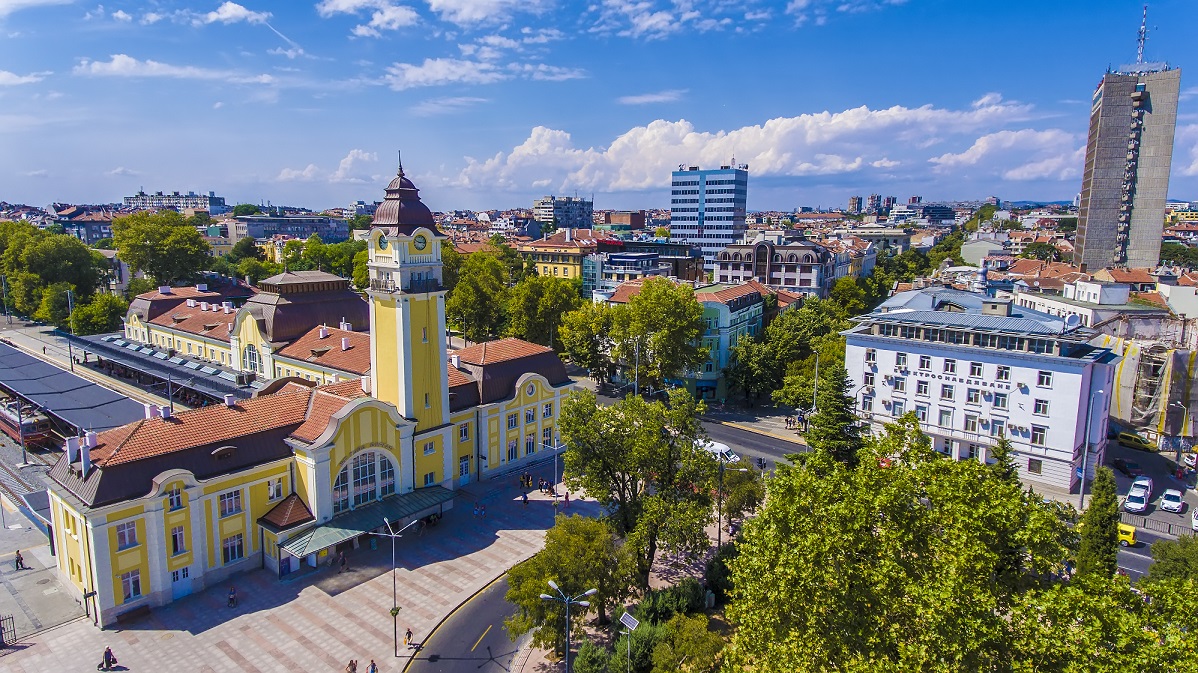 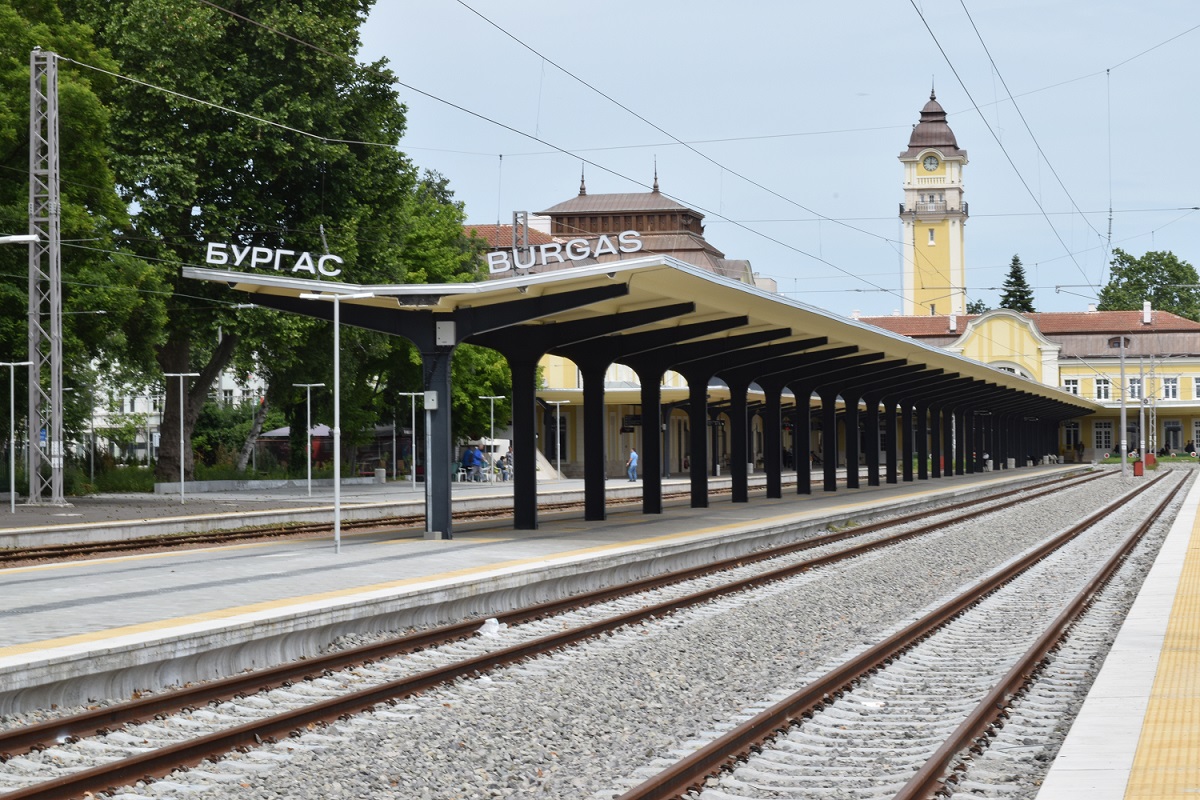 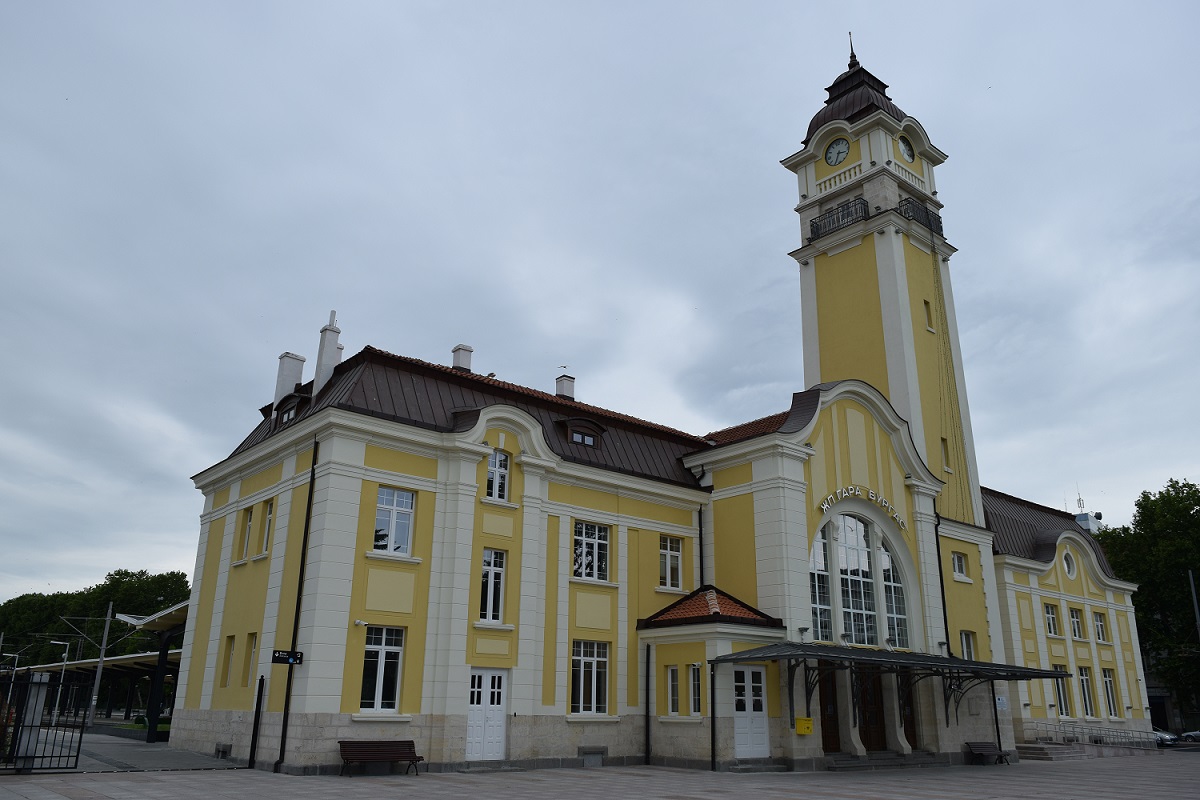 The central railway station in Burgas is among the first railway stations in Bulgaria. The building is located in the central part of the city, at the end of the pedestrian street "Alexandrovska", on "Tsaritsa Yoana" square. It is close to the Port of Bourgas, the central beach and the Sea Garden, not far from the Sea Station. The building has been declared an architectural monument. 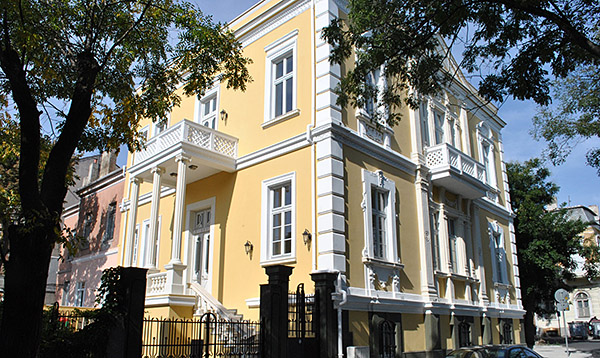 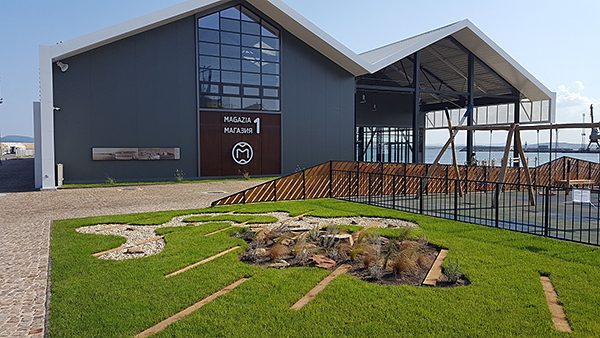 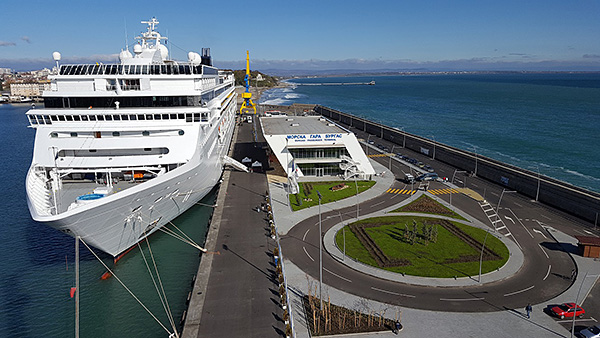