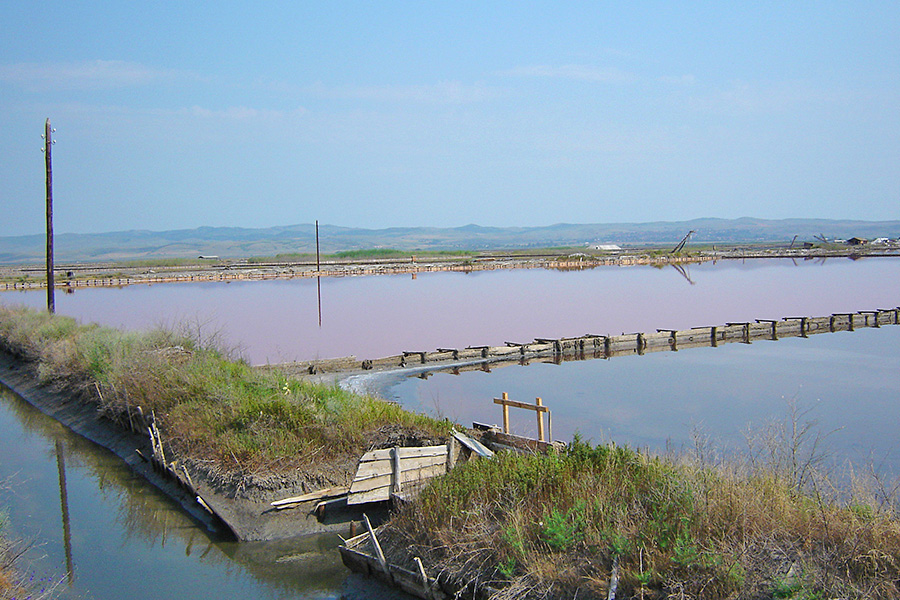 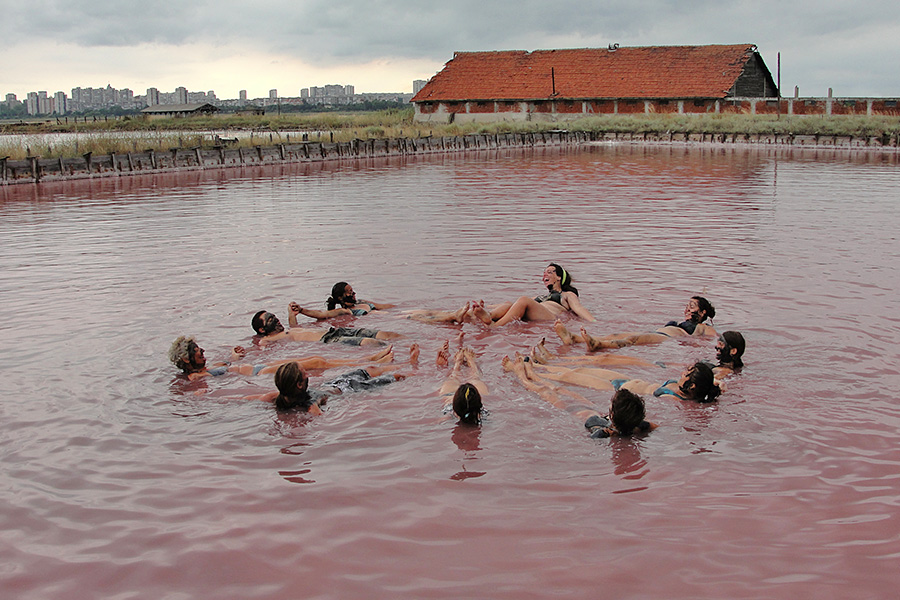 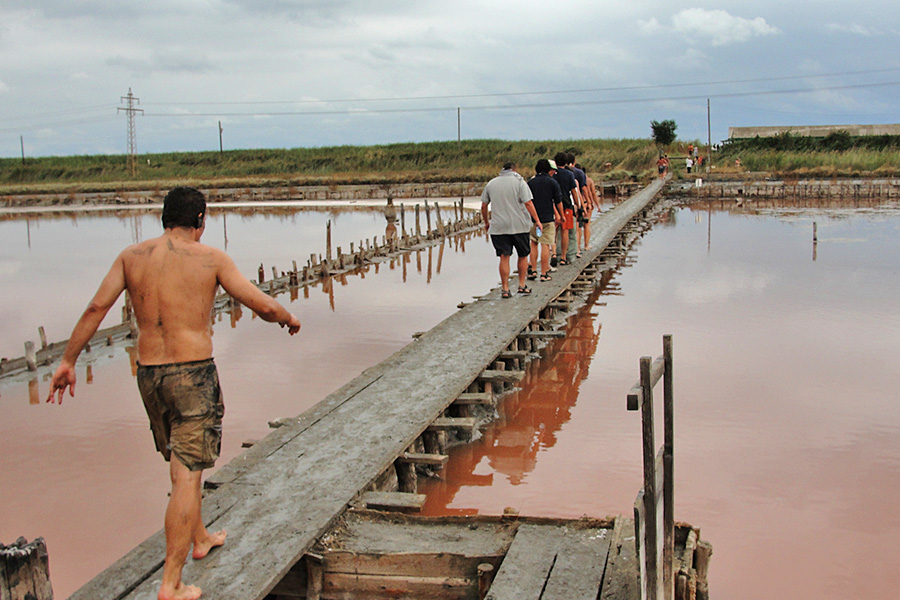 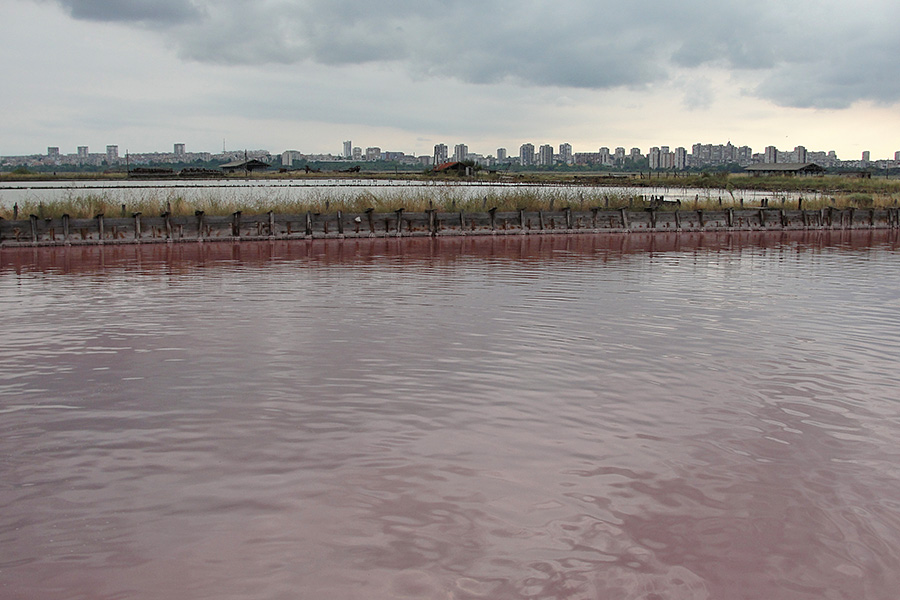 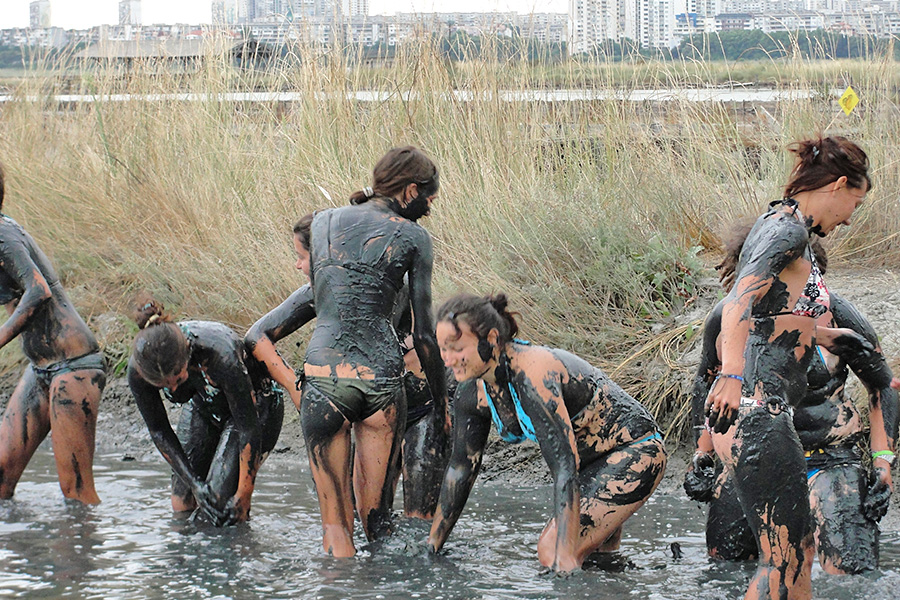 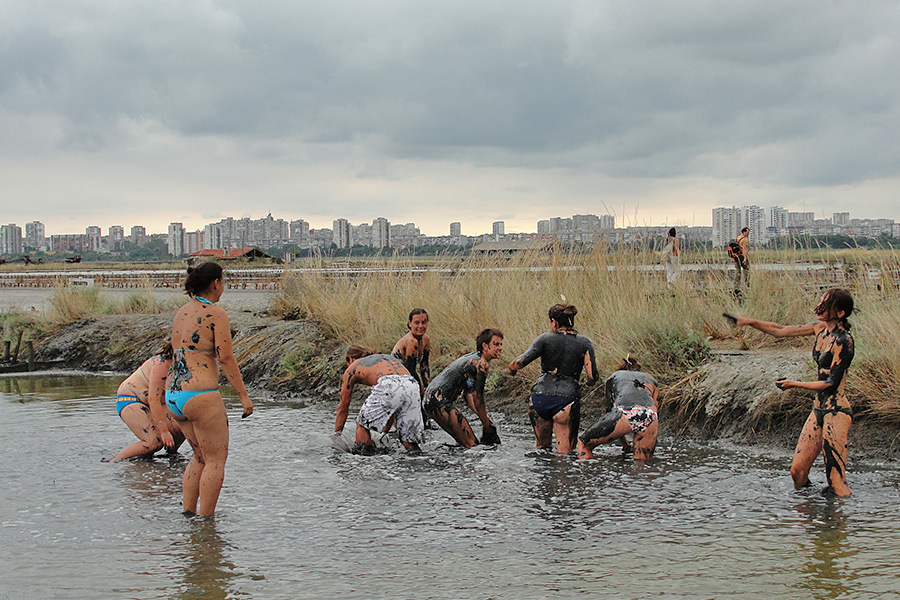 The healing mud and lye pools are in the south part of the Atanasovsko Lake and are the largest outdoor “SPA centre” in the country. All locals know the place and recently more and more visitors are learning about it, too. The mud and lye are acquired sustainable and this does not hurt the lake inhabitants. The black mud is a proven treatment for different illnesses. Healing mud is a sedimentary product of the enclosed saline lake; it’s clean and homogenous, has a dark grey to black colour and smells of hydrogen sulphide due to the numerous decaying microorganisms. It contains inorganic substances such as silicates, sands, gypsum, iron and aluminium compounds, different hydroxides and salts. This composition has been formed for thousands of years of decaying unicellular organisms, weeds, fish, crayfish, mussels. One centimetre of mud takes at least one year to form. The essence of mud treatment is the complex effects on the whole peripheral nervous system. Its thermal properties dilate the blood vessels and open new capillaries. This reduces swellings and pain, heals wounds and reduces scarring, improves metabolism and regenerative processes. Mud not only heals but it also beautifies and rejuvenates by bringing calcium, iodine, phosphorus, etc. to the skin. It heals almost the full range of skin disease, arthritis, disc herniation, gynaecological problems, plexitis.

It is only counter-indicative in cases of tuberculosis, venereal and malignant diseases.

The Black Sea lye has proven medical results – it’s applied in the treatment and prophylactics of locomotory system diseases, skin inflammations and wounds, varicose veins, colds and flus. It’s recommended for arthroses, arthritis, tendonitis, disc herniation, joint dislocation and sciatica. It is recommended you don’t stay in the lye for more than 20-30 minutes because your heart might be overburdened.

You can follow the local’s example, who enjoy a few healing treatments after the long workday and afterwards have a swim in the sea and get some tan. This is relaxing and recharges the energy of everyone who enjoys the healing gifts of nature – mud, lye, sun and sea water.

There is a car park next to the mud and lye pools, where you can park your car. There is also free wi-fi access. You can also find showers nearby and the beach is less than a hundred metres away.

The Atanasovsko Lake is located at the northeast end of Burgas and is known as the bird paradise of Bulgaria. It’s a hypersaline seaside lake, divided in two parts by the Burgas – Varna road. The north part is a natural reserve and the south part – a buffer zone, later on changed to a protected area. The lake is surrounded by smaller reservoirs and a canal system, overgrown with marsh vegetation, crystallisers, surrounded by a dyke and a freshwater canal. The lake is approximately 9 km long and 4.3 km wide, its area is around 17 sq. km. It stands at 1.5 m under sea level, which makes it extremely vulnerable. Its average depth is 30 cm.

There are 316 bird species found in the area (there is a total of 423 species on the territory of Bulgaria), which migrate, winter or nest in the reserve. Of those, 14 are world-wide endangered – Dalmatian pelican, red-breasted goose, pygmy cormorant, ferruginous duck, corn crake, etc., 83 are in the Red Book of Bulgaria, and 170 are of European environmental significance. The lake is under the Via Pontica migration route and is of European significance in terms of wandering birds, especially pelicans, eagles, harriers and storks.

For more than 100 years now, the lake is used not only by the birds but by people as well – to extract valuable salt. Along the Black Sea Coast salt production has centuries-old traditions, dating back to 3rd century B.C. The salt pans of the Atanasovsko Lake were created in 1906.

Currently, “Black Sea Salt Pans” JSC who manage the lake, have placed their evaporators on the territory of the lake, which produce around 40 000 tons of sea salt annually.

How to get there

The healing mud and lye pools which are open for public use are in the southern part of the Atanasovsko Lake, near the administrative building of “Black Sea Salt Pans”.

There are two ways you can get there:

1. The first one is through the Seaside Park of Burgas; you can reach the red and black pools by foot and/or bike. The car access is limited due to the production activity of Black Sea Salt Pans;

2. The other one is using the main road from Burgas to Varna. This way is only accessible by car. You need to take the junction towards Kableshkovo Village and follow the sign for Salt Pans – South. Immediately after going down the ramp, take the first right and you will reach the barrier of Black Sea Salt Pans or the former bunker, which is right on the beach. 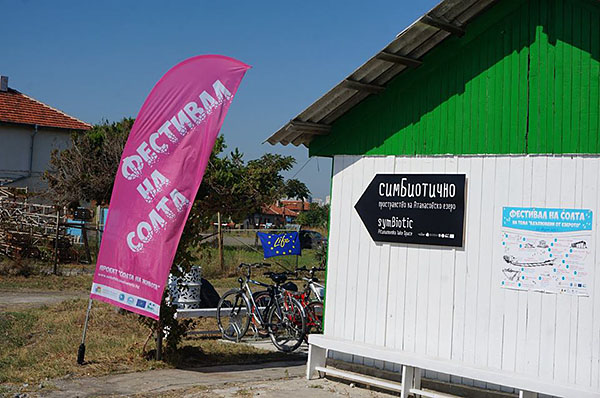 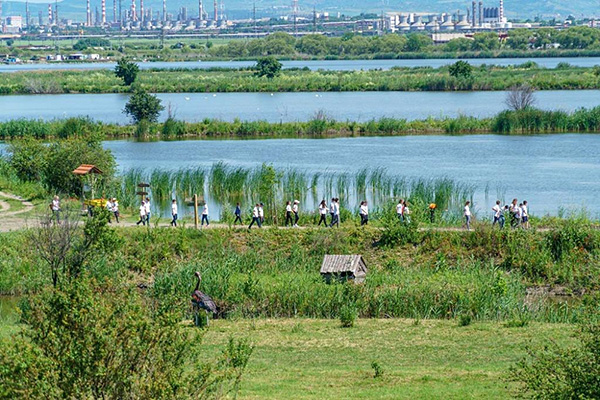 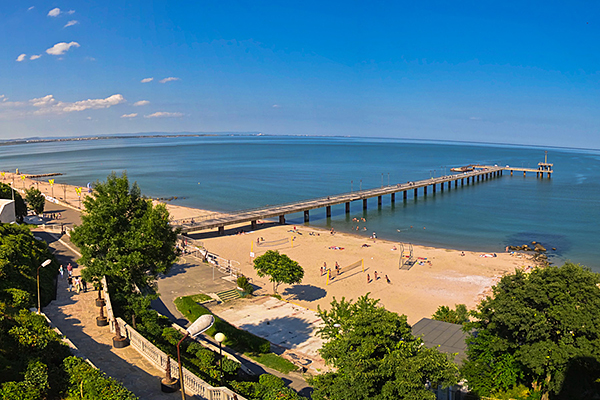 Ask your question Swimming pools with lye and healing mud