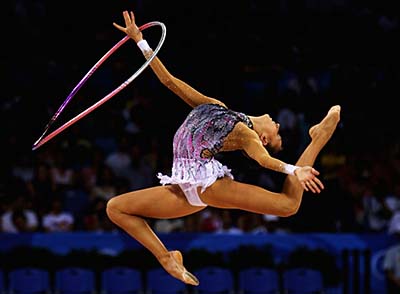 The record breaking 273 graces from 11 countries will compete for the prizes of the sixth consecutive rhythmic gymnastics tournament "Olimpia Cup".

The event will be held on 10 and 11 July /Friday and Saturday/ in sports hall "Mladost". It is part of the program marking "Burgas - European city of sports 2015". Applications for participation have been received from gymnasts - individual and ensembles from Russia, Brazil, Austria, Azerbaijan, Greece, Italy, Moldova, USA, Canada, Bosnia and Herzegovina and Bulgaria.

Burgas will be represented by 2 clubs - "Lazur" and "Olimpia", which is the main organizer of the sports event. The hosts will participate with 15 graces in the individual competition in the different age groups. The youngest are born in 2010. On the carpet we will see also girls and women.

The tournament in both competition days will start at 10:00 hours. In 12:50 on Friday will be the official opening ceremony. After the different combinations in the age groups there will be an award ceremony. The official closing ceremony will be on Saturday from 18:30 hours.

Except cups, medals and diplomas, the organizers have prepared several individual prizes, like Mini Miss and Miss Tournament.