Mastilo and Hayes & Y will start SPIRIT of Burgas 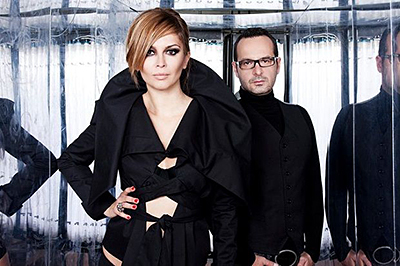 P.I.F. will play on the stage "Na Tamno"

SPIRIT of Burgas chose the two bands, which will unveil the main stage on the festival. On the 7th of August, before Robbie Williams, Kwabs, Milow and Stereo MCs, will perform the Bulgarian bandMastilo. First on stage in the second day will be the one of the fastest progressing groups in Bulgaria - Hayes & Y.

Band Mastilo is one of the most popular pop groups in Bulgaria. There is hardly a person in Bulgaria, who has not heard their songs "V dvoretsa sam sama", "Moite kafevi ochi" or "Onova momiche". The group is unique in their style, as well as the fact, that their front man is a woman - the charming Viki. One of the he most popular names on the Bulgarian music scene will give start to the long waited by tens of thousands of fans, first festival day of SPIRIT of Burgas, when we will also see a two hour show by Robbie Williams.

The opening of the second day of the festival will be in the hands of Hayes & Y. A short time after its foundation the indie rock groups from Sofia was noticed by Georgi Georgiev (Ostava) and becomes a part of his label Homeovoxmusic. In December 2014 comes out the first EP of Hayes & Y, containing 4 songs and accompanied by sold-out club performances. The songs of the album quickly leave the borders of Bulgaria and have already been played on over 40 English radio stations, and the video from the single "You Make Me Sick" is being shown on MTV Adria. In the beginning of 2015, Hayes & Y receive an invitation for a club tour with 6 stops in Great Britain.

P.I.F. also confirmed their participation on the second stage of the festival "NA TAMNO", on which we will see more alternative groups from Bulgaria and the region. Started in 1992 under the name "Resemblance", today P.I.F. is one of the most emblematic bands on the Bulgarian music stage. They will tell us their story on the 8th of August. Here are the other performers on the stage "NA TAMNO" in the two festival days:

The promo tickets, as well as the tickets for Terrain 2 are already sold out. Tickets at the price of 150 leva for 7 August and 60 leva for 8 August can be bought in the network of Eventim.bg in the whole country - OMV, EasyPay, Piccadilly, Technomarket, Technopolis, NA TAMNO, ticket center NDK. Sold are also tickets for Golden Circle (only for 7 August) and VIP stands with seats.