Home    News    Serbians and Greeks are buying out the remaining Golden Circle tickets for Robbie Williams in Burgas
Font: A A A
25 June 2015   Print 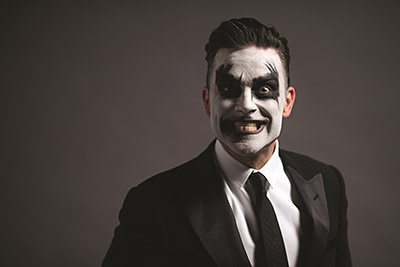 The fans chose Burgas because of the beach, where to enjoy the show again.

After the successful concerts of the British star Robbie Williams in Belgrade a week ago and in Athens several days ago, Serbian and Greek fans of the bad boy from the Island have decided to repeat the unforgettable experience also in Burgas. On the sea shore Robbie Williams will sing for the first time in front of a Bulgarian audience on the 7th of August, in the framework of this year's edition of the festival SPIRIT of Burgas.

Bartenders, who went to Sofia for a competition, which was held in club in the capital, shared with the people present about their experience - "Robbie blew us away. I went without expectations, but the show was great! From the stage he said, that he will be back after 18 months in Athens, but we have no plans for waiting and checked the closest date. And this way we bought tickets for Burgas - we want to watch Robbie on the beach. Lots of our friends are getting organized; there will be a big company".

The show in Belgrade was covered by the media around the world with the blunder, made by Robbie, who said on stage "Hello, Zagreb". Over 33 000 fans were shocked at first, but the bad boy of music won them again, by performing his greatest hits.

During the concert in Athens Robbie became emotional and admitted, that he had a drug problem - "I am sorry, that it took me so long to come. I was addicted to drugs and needed to recover; this is the reason why I did not manage to visit so many places. I am deeply sorry, that I have not come to your region earlier" said on stage during the show the 41-year-old performer.

At the moment he is touring the world with his show Let Me Entertain You, which he will present in Burgas on the 7th of August.

The promo tickets, as well as the tickets for Terrain 2 are already sold out. Tickets at the price of 150 leva for 7 August and 60 leva for 8 August can be bought from the network of Eventim.bg in the whole country - OMV, EasyPay, Piccadilly, Technomarket, Technopolis, NA TAMNO, ticket center NDK. In sale are also tickets for Golden Circle (only for 7 August) and VIP stands with seats.