Sports events unite residents of Burgas and friends against drugs

Home    News    Sports events unite residents of Burgas and friends against drugs
Font: A A A
19 June 2015   Print 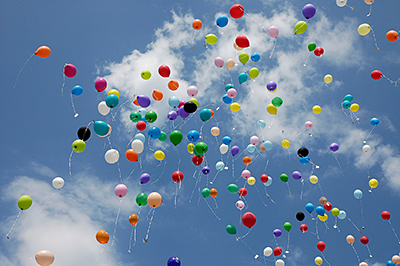 A series of sports events and traditional torch procession are included in the five-day campaing, which unites residents of Burgas and friends against drugs.

The initiative is realized on occasion the 26th of June, International day against drug abuse and illicit trafficking.

The start of the campaign will be with football and volleyball competitions at central beach from 10.00 hours on 22 June /Monday/. Parallel with that, there will be a localized mobile laboratory on place for free examinations. On 23 June /Tuesday/ from 13.00 hours will be held the competition "Dragon - On Racing" near the entrance of the Summer theater. The program continues with a traditional torch procession on 24 June /Wednesday/. It will pass along square "Troykata" to the building of Municipality Burgas at 16.00 hours.

Paintball competition starts at 10.00 hours at shooting range "Kapcheto" in the fourth day of the campaign - 25 June.

In the last day of the campaign, 26 June from 11.00 hours in the hall of Regional administration will be handed the awards to the winners of the Seventh international literature competition "Art against drugs". After that there will be a swimming and water polo competition at the "Flora" swimming pool from 14.00 hours.

For the final, colorful balloons will be released in memory of the people, who have died from drugs and sympathy to their families.

*26 June is accepted for International day against drug abuse and illicit trafficking with a decision by the General assembly of the UN during 1998.