During the weekend Burgas will host the European triathlon cup 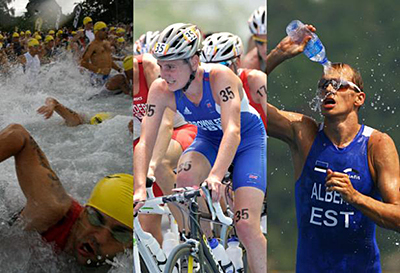 The competition is a general rehearsal for the European championship 2016, which will be held in Burgas

On Saturday and Sunday Burgas will host the European triathlon cup. The competition has a serious prize fund and gives points for the rankings in this sport. Because of this a big part of the elite athletes are coming to Burgas directly from the European games in Baku. The organizers of the tournament are Bulgarian triathlon federation and Municipality Burgas. In the competition will participate youths, men and women - elite.

The participants are 140 and represent 29 countries, among which Australia and Canada. Burgas is chosen for a host of the European cup for his excellent conditions, which the city provided for last year's Balkan triathlon games. On Saturday and Sunday the competition will be watched by delegates of the European headquarters of this sport. They need to give their last word that in 2016 Burgas will welcome the European triathlon championship, which this year is held in Geneva, Switzerland.

For the needs of the competition Municipality Burgas is temporarily reorganizing of the traffic in the center of the city:

In the two competition days, Saturday and Sunday, the route of the triathlon will be:

1. Swimming - entering from the beach near the Pier, distance - 750 meters;

2. Cycling - the bicycles are located on the terrace of the Casino. The competitors ride on a route to stadium "Lazur" and back - a total of 20 kilometersl;

The program of the competition:

Saturday - start from the beach near the Pier

13.00 - Mass start from the beach near the Pier, anyone can take part

15.00 - All elite athletes will train along the route, to get to know it

Sunday - start from the beach near the Pier

The organizers are marking as favorites Julia Elistratova from Ukraine, Vladimir Turbaevski from Russia. The Bulgarian national team is relying on the good results of Aleksandar Srandev, Hrista Stoyneva and Stanislav Banev.