12 Bulgarians in the international tennis tournament in park "Ezero" 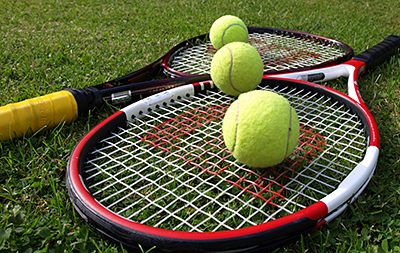 A total of 12 Bulgarians will take part in the main scheme of the international tennis tournament for men with a prize fund of 10 000 US dollars, which is held on the courts of park "Ezero" and gives points to the world ranking system. Three of them - Gabriel Donev, Andreas Neykov and Aleks Martinski won in the qualification rounds, which ended yesterday.

The matches in the main scheme begin today and will continue to Sunday, when the final will be played. Seeded under N1 in the tournament is the representative of Japan Yasutaka Yochiyama, who is 282 in the world ranking. Seeded under N2 is Dimitar Kuzmanov /304/, and under N3 is another Bulgarian - Aleksandar Lazov /341/.

The doubles final will be on Friday, not before 16:00.

The international tournament is part of the program marking "Burgas - European city of sports 2015".