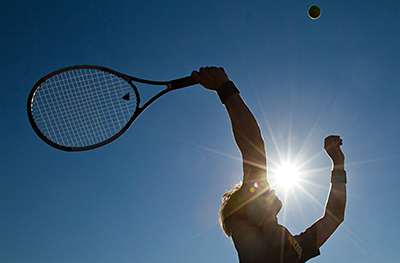 European city of sports for 2015 Burgas will host an exceptionally strong international tennis tournament with a prize fund of 10 000 dollars, which carries points for the World rankings.

The spectators on the courts in park "Ezero" will be entertained by athletes from 5 continents. The qualifying rounds will be from 13 to 15 June /Saturday, Sunday and Monday/. 8 tennis players will go through them to reach the main rounds. The matches of the best 32 athletes start on 16 June /Tuesday/ and will continue until the end of the week. The final is on 21 June /Sunday/.

In the tournament will take part the best Bulgarian tennis players, except Grigor Dimitrov and Dimitar Kurtovski. Seeded under N1 in the competition is representative of Japan, who is placed 291 in the World rankings. Next is the Bulgarian Dimitar Kuzmanov.

Main sponsors of the tournament are Municipality Burgas and Bulgarian tennis federation.

The event is part of the program for marking "Burgas - European city of sports 2015".