Home    News    The best in underwater fishing will compete for cup "Gencho Pavlov" in the waters of Burgas bay
Font: A A A
10 June 2015   Print 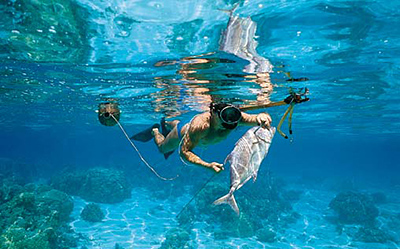 The best contestants of sport underwater finishing in Bulgaria will compete for cup "Gencho Pavlov". The individual tournament, which is part of the competition for cup "Bulgaria 2015", will be held on 27 June /Saturday/ in the waters of Burgas bay from cape Foros to cape Bivolite, including island St. Anastasia. The competition is held under the aegis of Municipality Burgas. Organizer is club for underwater fishing "Nafteks". The tournament is part of the program "Burgas - European city of sports 2015".

The competition will last for 5 hours. Contestants under 16 years are not allowed to participate. The ones up to 18 years after presenting written consent, signed by the parents and notarial legalized. The validity of the caught fish will be ascertained by the main judge Dimitar Popov. Vicarious commissar will be Zlati Kolarov.

The competition of sport underwater fishing for cup "Gencho Pavlov" will be held according to the valid regulation for the tournaments, valid for cup "Bulgaria".