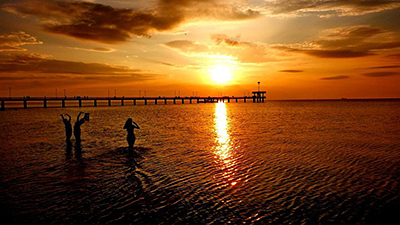 Like every year the Burgas beach will send off the month of June with a grand rock event.

In 2015 headliner of the "July" scene will be the friend of Burgas - Jeff Scott Soto, who again will be a part of the party. The voice of the first albums of Ingvi Malmsteen, Talisman and Journey, again will rock the Burgas audience with the energy, which he brings on stage. In the eve of the first July day, on stage will come out also the Jersey Bud. He is coming in Burgas for the second time, to present his new album. The musicians from the band SILUET will play along with him.

Their new project will present one of the most famous and loved Bulgarian rock bands - P.I.F. Their new album is almost ready, and the guests and residents of Burgas will have the chance to hear a part of their songs exactly on July morning. Participation in the party have confirmed the band Stokholm, the boys from band Affection, which will make their debut on the July morning stage, and the band "Stiff Bones".

The last June party will be again held at Central beach, near the cultural center "Sea casino". The start of the concert is at 19:00 hours.

As tradition goes, part of the program will be a film projection in the open-air. On 29 June at 21:30 hours at open-air stage "Ohluva" will be presented the movie "Searching for Sugarman". In 2013 the movie won BAFTA for best documentary. Two weeks later won the OSCAR for best documentary in Hollywood.

Among the performers on the July morning stage in Burgas during the years were Joe Lee Turner, Ken Hensly, the Serbian band BANDX, and many famous and loved Bulgarian bands and performers - SILUET, Vasko Krapkata and Poduene Blues band, Ahat, The Pomorians, Django Ze and many more.