Jana Bergendorf will sing at the festival "Turn on the city" 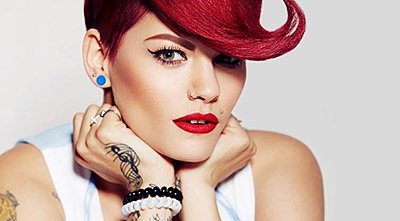 One of the most interesting events in the program of "Turn on the city" this year is the participation of Jana Bergendorf. On 13 June from 20.30 hours, at square "Troykata", she will sing for the public of the festival along with the band from Burgas "Goresht pyasak".

In 2013 Jana Bergendorf won the most popular reality show on Bulgarian TV - "X-Factor". During all the 3 months of the show, the singer was not even once at the eliminations, which makes her victory complete. Now the music star is coming especially for "Turn on the city", to mesmerize with her voice and looks residents and guests of the city.

The music program of the festival does not end there. "Turn on the city" has in its program the traditional DJ party. In both days /13 and 14 June/ the DJs from Burgas Stanx, Max, Vengard and DJane Rozaliya will mix one of the hottest club hits at the terrace of Cultural center "Sea casino" from 22.00 hours. Their performances will be supplemented by the dance club ligting , which will add to the great festival atmosphere.

For the ones, who like to sing and to be under the light of the projectors, "Turn on the city" has prepared a special karaoke - scene at the open-air stage "Ohluva". On 13 June from 21 hours it will give an opportunity to the hidden talents of Burgas to sing their favorite hits and to become stars of the festival.

For more information: www.vkluchigrada.comand at the facebook page of the festival.