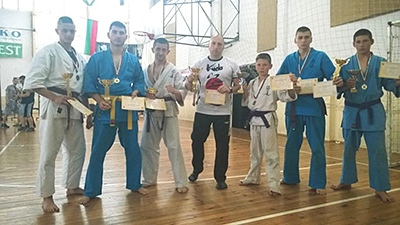 15 medals were won by SC "Kudo Burgas" at the state tournament marking 10 years of the founding of the Federation for kudo.

Trainer of the champions from Burgas is Antoan Parchev. The club again won the 1st place in the team rankings.

The medals for the biggest athletes are six, 3 golden and 3 silver and 9 first places for the smallest.

An athlete of SC "Kudo Burgas" received an honorary diploma for the fighter with the highest fighting spirit.