The modeling of the sculptures in the sand festival begins 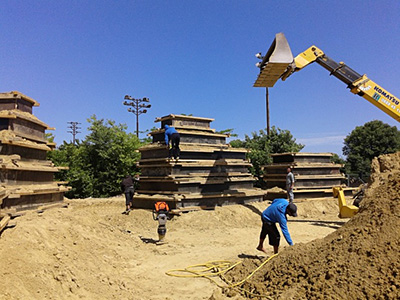 Municipality Burgas is ready with the precursory preparation for this year's edition of the Festival of sand sculptures. In the following days the artists will start arriving, who will make the figures according to the theme, which was chosen this year - "Safari with a camera".

With more sand than ever, over 5 thousand tons, spread over even a bigger area, the festival promises to turn into a center of attraction for tourists from the country and abroad.

Along with the traditionally strong Bulgarian participation, sculptors from Russia, Ukraine, Poland, Portugal, Czech Republic, Netherlands, Slovakia, Australia and Turkey will show their skills and talent at the new edition of the festival.

Festival of the sand sculptures will be opened during the first week of July and will stay open until the end of September. The place is known to all - park "Ezero", near the Equestrian base.