A titanic final on "Lazur" stadium on Friday, France and Germany will decide the U17 European football champion

Home    News    A titanic final on "Lazur" stadium on Friday, France and Germany will decide the U17 European football champion
Font: A A A
20 May 2015   Print 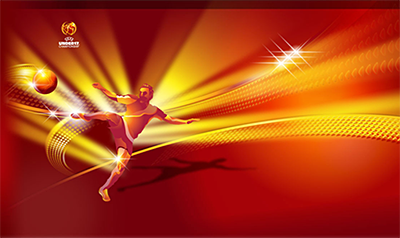 A titanic final will be witnessed by the spectators on "Lazur" stadium on Friday night from 20:00 hours.

The teams of France and Germany will decide the new U17 European football champion.

Burgas has the privilege and honor to host the final battle. Burgas is not by chance "European city of sports 2015". The proof of this will indisputably be the full stadium. There will be lots to see!

The young hopes of France legitimized their right of being in the final, after a dramatic win against the sturdy team of Belgium. After a draw in regular time on stadium "Lazur", they won the penalties, and there was one player above all else. His name is Luca Zidane. The son of the legend Zinedine Zidane saved three of the penalty shots of the Belgian nationals. To complete the show, Zidane-junior took a penalty. He did it in the "Panenka" style, but sadly the ball hit the upper post. The other finalist Germany won over Russia with 1:0. And thus the battle for the title on 22 May /Friday/ from 20:00 hours on stadium "Lazur" will be between the young hopes of France and Germany. The cup will be personally given by the president of UEFA Michel Platini, who arrives in Burgas on the day of the final. An hour before the match, from 19:00 hours will begin the official closing ceremony of Euro 2015. The organizers have prepared for the spectators lots of surprises and pleasant emotions.