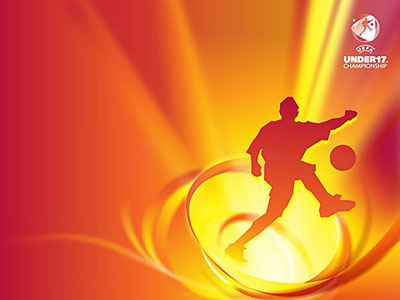 An intricate semi-final match of the U17 European football championship is expected today by the football specialists and fans. The young hopes of Belgium and France will decide the first candidate for the champion's title of Euro 2015. The match is from 16:00 hours on stadium "Lazur". The other semi-final clash is between Germany and Russia. The two teams also meet today, but from 19:00 hours on stadium "Beroe" in Stara Zagora. The matches have two halves, each of 40 minutes. If the result is a draw in the regular time, there will be penalties that will decide the winner.

Residents, guests of the city and people from the region will have the chance to watch live two strong teams today.

Here is the path of the two rivals, which reached this semi-final stage of Euro 2015:

Belgium finished second place in group "B" with 6 points. The team won two of their matches and lost one. At the start the Belgians lost 0:2 from Germany on stadium "Lazur", but they can definitely regret missing all the goal chances during the first half, including a shot in the post. In the second match Belgium won over the Czech Republic with the classic score of 3:0 /two goals by "Tottenham's" forward Ismail Azaui/, and in the third match the Belgium team won over Slovenia 1:0 again with a goal by Azaui. At the quarter-final on stadium "Lazur" the Belgians eliminated one of the favorites for the tournament - Croatia, after 1:1 in the regular time and 5:3 after penalties.

The France squad has demonstrated super class until now and is giving a serious application for the champion's title.

The young French were uncompromising in the group "C". They won consecutively over Scotland 5:0, Russia 1:0 and Greece 1:0. The goalkeeper of France is Luka Zidane, who is the son of the legend Zinedine Zidane, kept a clean sheet also in the match against Italy. The match finished 3:0.

To remind you, that the winners of the two matches today will battle at the final on 22 May /Friday/ from 20:00 hours on stadium "Lazur". An hour before the final will start the official ceremony for closing Euro 2015.

In any case, whoever reaches the final will present to the audience an unforgettable battle, in which the future big stars of European football will play.

The extra to watch the players live will have only 18 000 spectators, that will come on Friday night at stadium "Lazur" in Burgas.

The presence of the president of UEFA Michel Platini will be a bonus, which should not be missed by the fans of football.