Croatia with 12 players from "Dinamo" /Zagreb/ against the stars of Belgium on st."Lazur" today 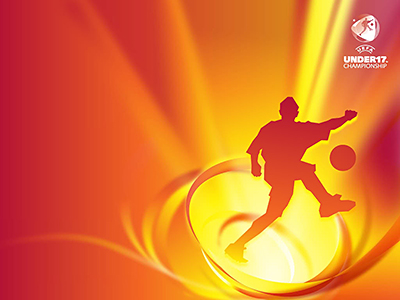 With two matches today begin the quarter-final phase of the U17 European football championship. One of them is on stadium "Lazur" in Burgas. From 16:00 hours the teams of Croatia and Belgium will face each other. The winner will advance to the semi-finals. If the match ends a draw in the full 80 minutes /two halves are played, 40 minutes each/ penalties will be played.

The core of the Croatian selection is from footballers from one of the top clubs of the country Dinamo /Zagreb/. A total of 12 players are players of Dinamo. Among them is the brother of the "Liverpool" player Dejan Lovren - Davor Lovren, who will turn 17 on October 3.

In the Belgium squad are a lot famous players as the midfielder of "Genk" Matis Tuis, Orel Mangala and Alper Ademoglu from "Anderlecht" and the winger of the English "Tottenham" Ismail Azaui.

Croatia finished first in group "A", in which also the Bulgarian team played, with 7 points from 2 wins and 1 draw, with a goal difference 3:0.

The Belgians finished second in group "B" with 6 points /2 wins 1 loss/ and a goal difference 4:2. Today also, but from 19:00 hours, on stadium "Beroe" in Stara Zagira is the quarter-final match between Germany and Spain.

Tomorrow /Saturday/ again from 16:00 hours on stadium "Lazur" will be played the quarter-final between the teams of England and Russia. From 19:00 hours in Stara Zagora Italy and France will start their clash. The U17 European football championship is held under the motto "Burgas - European city of sports 2015".