A British invasion at SPIRIT of Burgas 2015 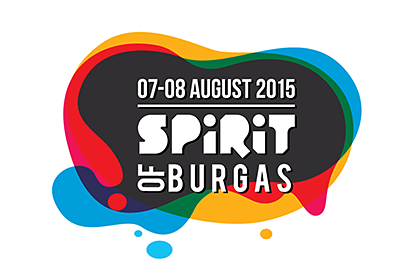 *KWABS, STEREO MC'S and MILOW will join Robbie Williams. One of the best British bads will be the 2nd day headliner

After recently became known that Burgas will host again the biggest music project in Bulgaria - SPIRIT of Burgas, now is the time to learn the other music performers, who will be in charge of the magnificent festival mood. Along with the mega star Robbie Williams, are the forever young STEREO MC's, the new big star of Great BritainKWABS, the Belgium MILOW, and some of the best Bulgarian, Romanian and Macedonian groups.

On 7 August the star Robbie Williams will go out on stage for his 2 hour show, part of his tour Let Me Entertain You. The Bulgarian public will also have the chance to hear the widely discussed Kwabena Adjepong, better known as KWABS. The British from Nigerian decent is compared to Seal and is considered the next big UK star. With his hits "Walk", "Last Stand" and "Perfect Ruin", Kwabs led for a short time most of the European charts. Called by the critics a phenomenon, the 24-year-old KWABScomes in Bulgaria with a whole band and a 1-hour special music set.

Before KWABS on the stage we will see the performer of one of the biggest hits of 2008. The author of a cover, which surpassed even the original, made by the stars 50 Cent, Justin Timerlake and Timbaland. Precisely the acoustic version of "Ayo Technology" performed by Milow will sound in Burgas. In recent years the Belgium performer and writer became one of the most exciting names on the pop scene. Announced as "the best Belgium artist" by MTV, Milow will bring romantics with his lyrical performance under the sky in Burgas.

In the first day of the festival we will also see STERO MC's, who with their first appearance on Bulgarian ground conquered the hearts of thousands. The emblematic band rises in 1985, when it sharply turns the direction of hip-hop with powerful sound, mixing with breakbeat, funk, soul and rap, which the world will name later as "brit-hop". Precisely with hits like "Black Gold" and "Connected", the colorfulSTEREO MC's will rock the beach in Burgas, while the fireworks of Robbie's show are still in the air.

The stage of "NA TAMNO" has prepared a big list of artists. There we will be able to see favorite Bulgarian bands and artists from the neighboring Romania and Macedonia. Among the bands are BASSKA (Romania), Conquering Lion (Macedonia), Milenita, Kotarashky and The rain dogs, Ogi 23, Merudiya, Severozapadnyacite, Rebelites, DJ Balcan Mash and Toy Letters.

The organizers have confirmed a headliner for 8 August, which will be announced before the end of May. For now it is known that is going to be a famous British band.

The promo-tickets at a price of 150 lv for the two days of the festival will be sold until 17.05, and from 18.05 the prices are going to be 150 lv for the first day, and 60 lv for the second day, or 180 lv for a ticket for the whole festival. Tickets can be bought from the network of Eventim.bg in the whole country, including OMV, EasyPay, Piccadilly, Technomarket, Technopolis, NA TAMNO and ticket office NDK.