The days of Austrian culture in Burgas start with "M.A.G.I.C." 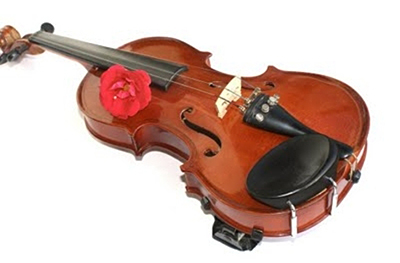 Concerts, theatrical plays and a musical competition are only a part of the rich cultural program, which will unfold for a month, to mark the Days of Austrian culture and art in Burgas.

The beginning of the events this year will be on the 16th of April with the International competition for performing German and Austrian music “M.A.G.I.C.”.

The jury will be:

Pavel Zlatarov /among the brightest representatives of the young generation of Bulgarian violinists/;.

Iliya Ovchinnikov / a brilliant and emblematic representative of the Russian school for pianists “Heinrich Neuhaus”. In 2008 starts teaching in the Music university “Sakuyo” in Japan./;

Ivan Donchev /teaches piano in Musical academy “Preneste” in Rome and is a guest-professor in doctorate courses in the city of Ascoli. Leads master classes in Bulgaria, Italy, England, Japan and South Korea./;

On 17 April from 19:00 hours the members of the international jury will perform a concert in the hall of the Musical school “Prof. P. Vladigerov”.

The handing of awards and the final concert of the laureates of the competition will be at 11:00 hours on 18 April /Saturday/ in Regional Administration.

The program of the cultural holidays will continue with a film projection of “EVERYDAY REBELLION”. The movie, with directors and writers: Arash T. Riahi and Arman T. Riahi, will be shown on 22 April /Wednesday/ at 18:00 hours in cultural center “Sea casino” – hall “Petya Dubarova”.

In the placard of the Austrian days are included the theatrical play “Love without prejudices” of the students of High school with extensive study in German “Goethe”/ 04.05. from 18:00 hours in CC “Sea casino” – hall “Georgi Baev”/ and concert of Savka Shopova, Anatoli Krastev and Angel Stankov /05.05 from 18:00 hours again in CC “Sea casino” – hall “Petya Dubarova”.

On 08.05. /Friday/ at 19:00 residents and guests of Burgas will have the chance to enjoy a concert of the Symphonic orchestra of National opera house Burgas. In the hall of the Opera, under the guidance of orchestra conductor Ivan Kojuharov and soloist Johanes Etlinger, will sound the works of Karl Goldmark, Georg Christoph Wagenseil and Franz Schubert.

The project “Mostove” (Bridges), marking the 140 anniversary from the birth of Austrian poet Rainer Maria Rilke – “One modern cosmopolitan”, will be presented on 11.05. at 18:00 hours in CC “Sea casino” – hall “Petya Dubarova”. The project presents parts of the poetry and prose of Rilke, inspired by his contacts with other famous artists and personalities from his time and their works. The poetic-musical spectacle, presenting parts of the poetry and prose of Rilke, will be presented by Zlatko Gulekov, Radostina Kranteva, Nedko Georgiev, pianist – Blagovesta Ryadkova. Author and moderator of the concert is Maya Slavcheva.

On 13 May from 19:00 a beautiful final to the Days of Austrian culture and art 2015 in Burgas will be given with the concert of Meena Cryle and Chris Fillmore Band. The Austrian group will perform in hall “Petya Dubarova” in the Casino.