Home    News    House-museum "Petya Dubarova" is celebrating an anniversary with a new bigger courtyard and series of events
Font: A A A
09 April 2015   Print 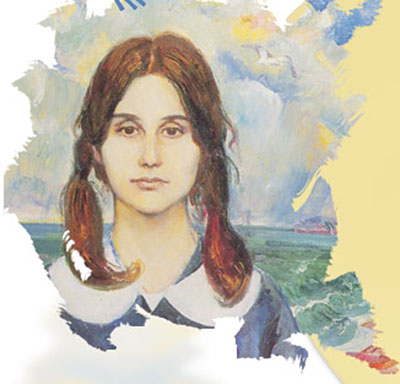 This year house-museum “Petya Dubarova” celebrates its 20 year anniversary. The emblematic building welcomes artists, guests and friends for 20 years at Gladston str. 68. Here the meetings with Petya happen – the girl, who forever will be 17, more bold than life, more strong than death.

The holiday anniversary will be marked with a series of events. A whole renovation of the courtyard is forthcoming. The accent in the program is the making of the first biographical film about the unforgettable poetess from Burgas. It will be presented days before her birthday – 25th April. The film-show will be presented to residents and guests on 15th April /Sunday/ at 18:00 hours in the Cultural center “Sea casino”, hall “Petya Dubarova”. The emotional film is called “But I had so much to say to you…” and contains archive footage from the movie “Trampa” (1978).

When she starred in the movie “Trampa”, Petya was 16 years old. It is considered, that this is an autobiographical role, which had a strong emotional effect on the life of the young girl. In the 50 minute projection we will hear recitals of famous Bulgarian artists, among them the actress of the State theater – Vancha Doicheva. Very emotional is the interview with the mother of the potess, Maria Dubarova, who shares interesting facts and events from Petya’s life. Director of the movie is Aleksandar Tomov – son. For the creation of the film was used archive footage from the Golden fund of Bulgarian national radio.

“For us it was important the movie’s length to be one school hour. The film will be shown to school and university students for free. We hope that more young people to experience the works and the personality of Petya, to understand her and think, because she has a lot to say…” – said this Elitsa Dubarova, sister of the poetess and manager of the house-museum.

At the end of April house-museum “Petya Dubarova” will transform into a gallery. Here the exhibition “Inspired by poetry” will be placed, which will include works of talented children from the schools of Burgas. A week later, at the 8th of May in the Casino will be held the national competition “Petya Dubarova”. At the beginning of July starts the project “Sickness in literature”. The culture forum will present the standpoints of the young generation. Students from the university “Prof. Dr. Asen Zlatarov” will lift the veil of a lot of troubling problems in modern literature. The festivity program continues to August, when a workshop will be made with the “old faces”. Then residents and guests of Burgas will have the chance to meet famous artists from the whole country. The intriguing poetic nights will happen in parallel at the Casino and the house-museum, in the days from 30th July to 7th August. The idea is after the improvisations, an experimental volume of poetry to be published in memory of Petya.

The consecutive event in the program is a joint project of house-museum “Petya Dubarova” and university “Prof. Dr. Asen Zlatarov”. Organizers from other museums and students in museum pedagogics will participate in it. The event “Education and museum outside the class room” will be realized in the autumn.