"Queen Mary" from Burgas is again at the top 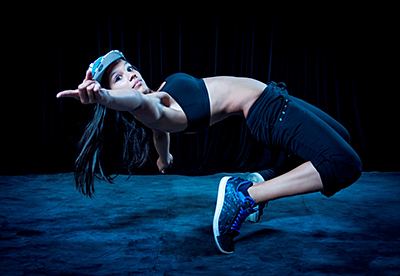 The world break dance champion for 2011 from Burgas Mari Slavova, known as Queen Mary, entered history as the first B-Girl Cypher champion at Red Bull BC One Cypher. The dance show was on the 4th of April in Sofia. There Mari showed her superiority over the other 15 break dancers from the country. The golden girl fascinated the jury, in which were three of the best dancers in this style. The champion's title is a ticket to the next round, where Mari will meet the best dancers from Eastern Europe and will represent Bulgaria in the international finals of the competition in 2015.

Red Bull BC One Cypher exists since 2004. In 2015 it visits Bulgaria for the third time, to find the best b-boy, who will represent Bulgaria at the finals.

But this year for the first time in the history of the competition a girl, not a boy won, the first girl ever to win the BC one competition. She works hard under the guidance of her trainer Hristo Andonov - Cherniya and with perseverance she accomplished this victory. For her this accomplishment is a dream comes true.

Red Bull BC One Cypher is an exciting event, where fans of break dancing enjoy the dance battles between the participants. Except the requirement of serious physical preparation and body control, the "one on one" battles present the individualistic style of every dancer, his or hers sense of rhythm and improvisation and the level of creativity.