The Iron Throne from "Game of Thrones" comes to Burgas 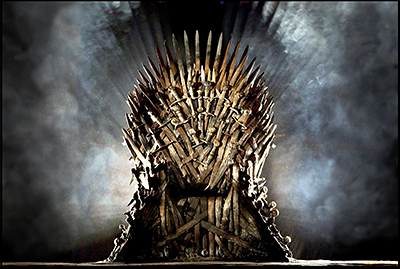 A great experience awaits the fans of the cult classic series “Game of Thrones” at Mall Galleria Burgas. From the 20th to 22nd of April the real Iron throne from the series, made by 1000 swords and weighing at 134 kilos, will be in Burgas.

Each visitor will have a chance to take a picture with the symbol of authority and power and to upload the picture in the special app “GOT Tour”. The fans of the epic fantasy series can share their pictures from their personal profile to 30th of April. On the 4th of May 52 people chosen by lottery will receive one of the awards, provided by HBO, and 2 lucky fans will win the grand prizes – a replica of the Iron throne and the chest with the three dragon eggs of Daenerys Targaryen.

The fifth season of the most popular fantasy series starts on the 13th of April, Monday, at 9:05 p.m. local time on HBO. The premiere of the newest season of “Game of Thrones” will air simultaneously in over 170 countries around the world.