A.C. Milan with interest to open a kids football academy in Burgas 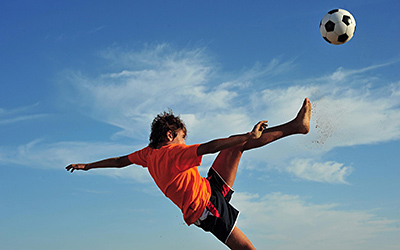 The major football club A.C. Milan shows interest in opening a children’s football academy in Burgas. This was announced by Mr. Salvatore Biancheti, who is in Burgas along with 50 kids from “Polisportiva” Catania. Today they met with the mayor Dimitar Nikolov, who will help for the development of the project and the much needed communication with the sports ministry and Bulgarian Football Union. The financing will be provided by A.C. Milan. During the meeting the guests handed to the mayor an original club t-shirt with the number of the striker El Shaarawy , and the little Italian footballers received presents with the brand “Burgas – European city of sports 2015”

“Polisportiva” Catania is a satellite academy of A.C. Milan. Its students will participate in an international football tournament for kids along with 24 other teams, divided in 3 age groups – to 9, to 11 and to 13 years old. The organizers are the long time professional football player and director in “Chernomorets” – Todor Raykov from KFC “Chaika”, Municipality Burgas, the regional council of BFU, and the general sponsor – the company “Italsport”. The tournament will be from 3 to 5 April. It has charity aim and is raising money for home “Faith, hope and love”.

The audience will witness not only the kids’ football matches, but also friendly match between famous people. On the 5th of April /Sunday/ from 1.30 p.m. at “Lazur” stadium two teams led by Vasil Jelev – Vashpina, Dimitar Dimitrov – Hero and Salvatore Biancheti will face each other.

There is no entrance fee for the event.