The ship to isle St. Anastasia will travel from Sea station through the whole year 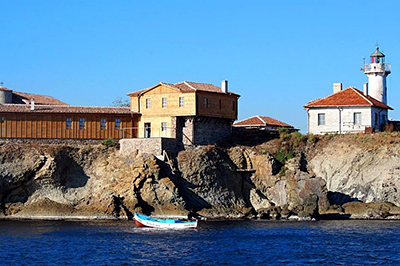 The tourist ship “Anastasia” will carry out its courses to the isle from Sea station – Burgas. This was stated the director of municipal enterprise “Tourism”, Kristina Valcheva. She added that the vessel will make its first course right after the preparations for the season, which are underway, are finished. The pier of Burgas will be a mid-stop, if the weather and the capacity of the vessel allow it. The contract with Port – Burgas is complete. According to Miss Valcheva, the pick of Sea station as the begging of the route will not allow for fall troughs, even in bad water. There will be ticket-boxes at the Sea station and at the pier. From this year the tickets will be at new prices. The ones for children and elderly people will cost 9 lv and those for adults will be 12 lv – both for a two-way trip. The new prices will be in use for the period 15 June – 15 September. “The ship will carry out routes even after the end of the active summer season. All the necessary arrangements are made for sailing during the cold months. All the instructions about sea fairing are met. From October to April we will transport less passengers – around 30 people, that is the demand of Sea administration for sailing during these months”, explained Kristina Valcheva. At the moment on the isle of St.Anastasia small construction works are at hand, which should end by the end of April. The cooks from the restaurant are preparing a new menu, which will surprise the tourists. A renew of the museum exhibition is being planned, with the help of museum Burgas.  A novelty for this summer will be the musical events that will happen on the Isle.