We mark the Day of water with initiative "Water imprint" 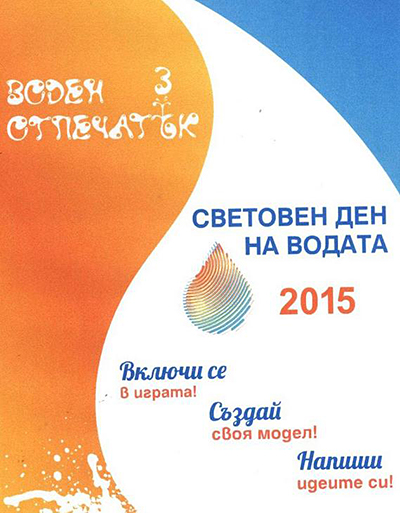 From the 20th of February to the 19th of March worked in teams and filled in an eco-diary, specially prepared for the initiative. This way they learned, that water is the most precious, but also the most squandered resource on the Earth and suggested ideas how to use it wisely.

On the 23rd of March in the nature reserve "Poda" from 11 a.m. is the final part of the initiative. The most interesting entries in the diaries and after that an interactive exhibition will present facts about the richness of nature in the wet areas of Burgas.

"Water imprint" is held for a third consecutive year. Around 200 students from schools "St. Kl. Ohridski", "G. Benkovski", "Brothers Miladinovi" and "D. Debelyanov" have been a part of the initiative until now.