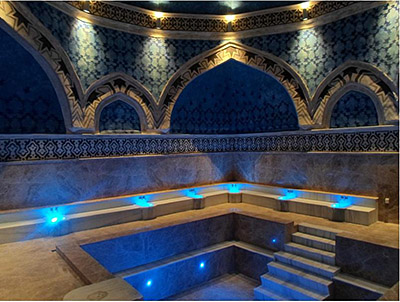 Lots of coins, used in commerce, a fragment of an ancient marble slab with writing, an antique marble statuette, parts of fortification walls. These are just a small part of the extremely rich and diverse findings, which were discovered for only a week. At the moment on the territory of the Aquae Calidae building site, extensive work is in progress. In the parking area of the complex, in front of the fountain, archeological work is being carried out concerning the project for changing the sewer system of districts Banevo and Vetren. The archeological work is being carried out at a depth of 3 meters. For now around 80 findings have been discovered, 45 of them being coins. Some of the coins are “cup-shaped” (scyphates) from the end of XII century – beginning of XIII century, from the imperial families Komnini and Angeli. The archeologists have found at a depth of 2 meters more byzantine coins, dated from the VII century, before the founding of the Bulgarian state. The most valuable find, in historical meaning, is a fragment from writing on a marble slab dated to Roman times – I-II century AD. Similar marble writings were found in the same region, on Manastir tepe. Archeologists also uncovered a marble statuette from II-III century AD. Remains of fortifications of the late classical and medieval town Therme (Thermopolis) were discovered exactly in front of the fountain. After the archeological activities pottery and ceramics were uncovered dating from the XII-XIII century, glass bracelets, Turkish smoking pipes, two Turkish silver coins. In the eastern part of the parking lot, archeologists have dug up a medieval room. Also two lead seals we found, one of them dated to the XI century.

The new tourist complex “Aquae Calidae” awaits its first tourists this summer. It will reveal the ancient secrets, by telling us a story, staring from the times of Ancient Greece through the Dark Ages to modern times. Romans, Byzantines, knights and emperors, all have been at this place, attracted by the healing powers of the mineral water. Along with the archeological findings from different periods, on the site, the bath of Suleiman the Magnificent is restored to its original state and it will be used as a museum.