Robbie Williams is the headliner of SPIRIT of Burgas 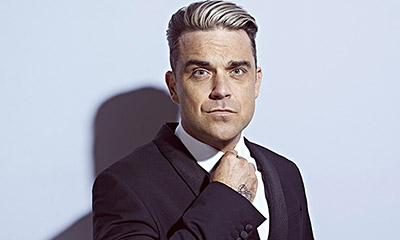 SPIRIT of Burgas returns with a bang. The organizers have confirmed that the headliner of the mega musical event will be one of the world pop icons – Robbie Williams. The festival will be the biggest musical event in Bulgaria for 2015.

The road of Robbie Williams to the world stage starts from the famous 90’s British boy band – Take That, from which another famous singer rose up – Gary Barlow. After leaving the group, Robbie goes on to make an exceptional solo career, which transforms him into a golden idol of pop music. He has 11 solo albums and over 70 million copies sold worldwide, making him the most successful British singer in the world. For the concerts of his tour “Intensive Care”, 1.6 million tickets were sold only for a day, earning him a place in the Guinness book of world records.

His latest project “Let Me Entertain You” begins in less than 2 weeks and will have 25 stops around the world, one of the being the festival in Burgas – SPIRIT of Burgas on the 7th of August. The concert will include his most famous hits: “Angels”, “She is the One”, “Freedom”, “Rock DJ”, “Feel” and many more.

The Festival also offers a special present for the first 5000 people, who buy a ticket – participation in a lottery for an exclusive pass for the backstage of the festival, where you could meet the groups and a tour of the festival town, where the artists are staying.

Tickets will go on sale on the 18th of March, from 10 o’clock, and their price is 150 lv. The price includes not only the concert of Robbie Williams, but also the full 2 day musical program of the festival – 7 and 8 August. The price of 150 lv. is final and includes all the state taxes, licenses and artist fees.

The tickets can be bought from the Eventim.bg network in the whole country – OMV, EasyPay, Piccadilly, Technomarket, Technopolis, NA TAMNO, ticket center NDK. You can see all the ticket offices on Spiritofburgas.com and Eventim.bg

Expect soon more details about the other performers joining SPIRIT of Burgas!