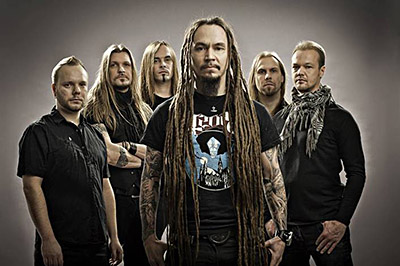 The Finnish metal band "Amorphis" are the last musicians, who will join "Summer Chaos Festival" in Burgas. The spectacular show will be held on the 16th of June on "Lazur" stadium.

Finnish followers of heavy music "Amorphis" are well known of the Bulgarian audience and they were several times in our country. The songs that they will perform during the festival in Burgas will be a part of their 12th album, which will be released in September.