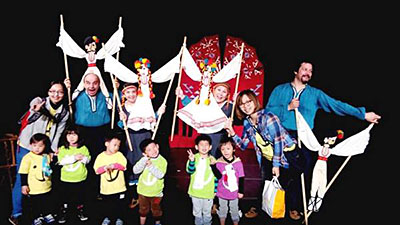 Burgas Puppet Theatre caused a furor in the tour in two millionth city of Kaohsiung in Taiwan. The ambitious forum was held from 18th to 23rd of November for third consecutive year and gathers 30 groups from around the world.

On the 27th of March the Puppet theatre will compete for the prestigious award "Ikar" of Artists Association. The nomination is for "Puk" performance.