Burgas will host the Basketball Cup of Bulgaria finals for women 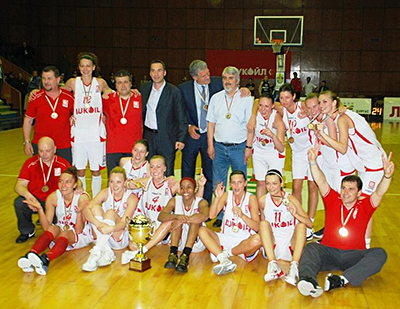 Bulgararian Basketball federation has chosen Burgas to host of Cup of Bulgaria for women. The meetings will be held in "Boycho Branzov" hall from 28th of February until the 1st of March. The host will be conducted under the slogan "European city of sport 2015". Burgas Municipality has provided 10 000 leva for the tournament organization.

We call all citizens of Burgas who love sport to come in "Boycho Branzov" hall and support the team from Burgas on his way to the trophy. Burgas hosted the Cup of Bulgaria finals for the last time in 2010.