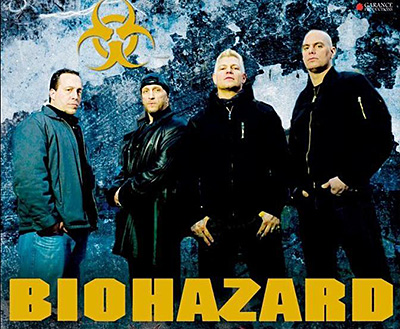 BIOHAZARD is one of the first bands in the world that combines the hardcore-punk-metal sound with hip hop and makes a real revolution in this genre. The group was formed in the late 80's and in its nearly 30-year history issued 9 studio albums and two live albums, and dozens of their hits topped the charts worldwide.

We remind you that the musical event of the year - Summer Chaos Festival Burgas 2015, will be held on June 16, 2015 on “Lazur Stadium” in Burgas and is supported by the Municipality. The interest in the Summer Chaos Festival continues to grow and the tickets for the Front Stage area are almost sold out.

Tickets can be bought online at http://www.ticketpro.bg  and from the partner objects of Ticket Pro in the country.

Official site of the festival: