A new nursery in the quarter of “Sarafovo” 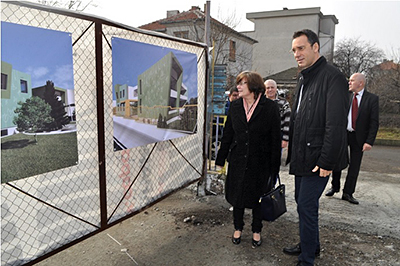 Burgas Municipality solves the 10-year problem with the lack of a nursery in the neighborhood.

A symbolic first sod of the new nursery in Sarafovo was made yesterday by the Mayor of Burgas Dimitar Nikolov. With its construction will be solved a ten years problem of one of the most dynamic neighborhoods in Burgas. More than half of the residents of Sarafovo are young families with one or two children. There are many couples who have yet to become parents. In September, nearly 45 children will be accepted in the new kindergarten, divided into two groups.