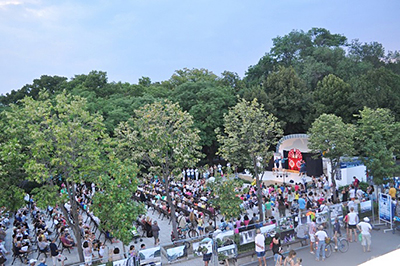 Burgas Puppet theatre has embarked in the competition for prizes of Actors Union "Ikar". Traditionally the awarding ceremony will be held on the 27th of March.

The nomination is for the performance "Puk", emponymous tale by the writer Valery Petrov. The premiere of the play was in November.

In 2014 Burgas puppet theatre had celebrated its 6-th anniversary. Hundreds of spectator had enjoyed the colorful program and especially for the anniversary the team of the theatre welcomed guests from Italy, France and Russia.