Papa Roach is the second headliner of Summer Chaos Festival 2015 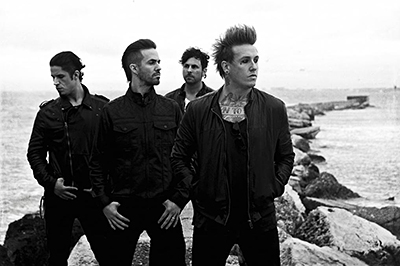 The second headliner which has confirmed its participation for SUMMER CHAOS FESTIVAL 2015 in Burgas. This is the Californian rock band PAPA ROACH.

The band was found in 1993. Frontman and main songwriter is the charismatic Jacob Dacota Shadiks, better known by the pseudonym Cobby Dik.

In the beginning of its career the group describes its style as new-metal and rap-metal.

Summer Chaos Festival will be held on the 16th of June 2015 on Lazur stadium in Burgas, with support by the Municipality.

The tickets for Summer Chaos Festival Burgas 2015 are on sale from the 18th of November 2014 /Tuesday/ and can be purchased from the network of Ticketpro Bulgaria in the country and online on www.ticketpro.bg.

For more details and information about the festival, follow the Facebook page of Summer Chaos Festival Burgas 2015:

The official website of the event is coming soon: