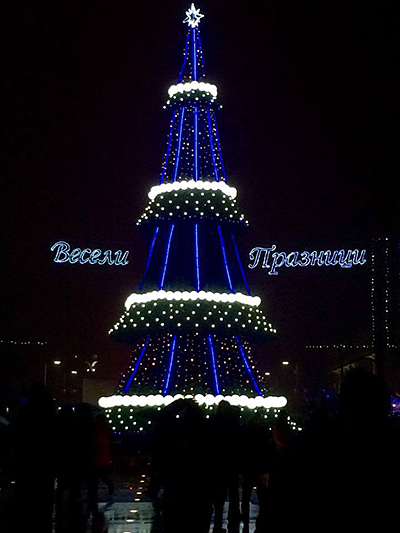 Christmas mood captures Burgas from the next week. Spectacle "Street Christmas Party" with Stefan Diomov starts on the 15th of December, Monday, at 18.00 o'clock in front of the Municipality building.

Bulgarian and foreign music will sound during the Christmas spectacle. Two of the songs are written for the occasion. The performances of the orchestra will start at 17.30 and if the weather is bad the party will be held in NHK cultural center.

From 17th to 28th of December animators will entertain the citizens of Burgas on "Troykata" square and in the urban transport, said deputy mayor Yordanka Ananieva.

Christmas chamber concert will be held in Cultural Center "Sea Casino" on the 23rd of December.

Ensemble "Strandzha" will perform special Christmas concert on the 25th of December, which will represent national customs.

Vasil Naydenov will sing for the citizens of Burgas during the traditional New Year's Eve Concert.