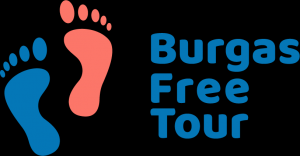 Burgas Free Tour launches for the fourth year free sightseeing tours of the seaside town. The initiative is of students and high school students. Over 600 tourists have seen Burgas through their eyes since 2018.

This summer the walking tour will pass through 13 emblematic Burgas landmarks. Through the form of free tours we get closer to the tourists and become their local friends, who tell them about the history of the city, about the way of life of the "old citizens of Burgas". We introduce them to urban legends, which are passed on only by word of mouth, explains Petya Rusinova, one of the volunteers for the initiative. She is a student of mathematics and for the second year she joins the tours:

"We start with the Clock, here we tell where the old city clock was. We continue to the Municipality building, where we emphasize the coat of arms. We also make a comparison between Burgas and Singapore. What they have in common is the mythical animal Merlion, which has both coats of arms. This is a lion with a fish on its tail - the lion symbolizes courage and Bulgarian strength, and the tail of a fish shows Burgas as a sea town. "

The Arch of St. Nicholas, the Church of St. Cyril and St. Methodius and the Archaeological Museum are part of the route that ends at the Casino. According to Petya Rusinova, the tour is also interesting for citizens of Burgas, who will learn new facts and curious stories about their hometown. We are full of energy to show that Burgas can be a super tourist location, declare the team of Burgas Free Tour.

The tours start on June 5. At 10 o'clock is the assembly point of the Clock. Until June 20, they will be held every Saturday and Sunday, and then until the end of summer and every day.