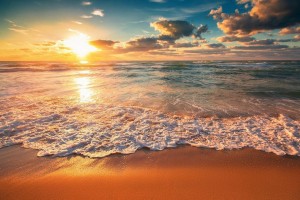 The proclamation of European Maritime Day is one of the key initiatives of the EU's Integrated Maritime Policy, launched in 2007. It is well known that the sea has always been key to Europe's prosperity - the length of our continent's coast is almost 70,000 km, as 22 of the 27 Member States have access to the sea or are island states. Coastal regions are home to 40% of the EU's population, create 40% of its economy and employ around 5 million people.
Maritime industries and coastal regions, which have traditionally been on the periphery of the field of vision, are already at the heart of a new, dynamic and comprehensive policy for sustainable growth and jobs. That is why Maritime Day brings together business and civil society stakeholders professionally involved in maritime policy, as well as journalists from across the EU and beyond, to discuss a wide range of issues related to integrated maritime governance, new technologies, energy production, maritime spatial planning, maritime surveillance systems, etc.
Announced by a Declaration of the European Commission, the European Parliament and the Council of the European Union, it aims to raise public awareness of the importance of the sea and the maritime industry and to promote the building of a European maritime identity.
The day is also an occasion to highlight the opportunities and challenges for regions and companies that depend on the sea. Based on a proposal from the Commission, this day dedicated to the sea will promote better governance of coastal areas, seas and oceans by all interested citizens and actors.