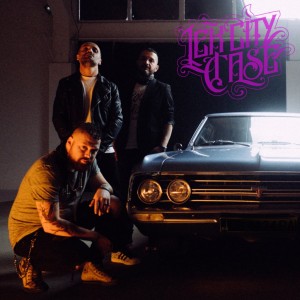 With its heavy riffs, the new song definitely builds on the band's solid debut - Broken, and makes an application to establish the quartet among the leading names of the native Southern rock post-grunge scene.

Completely in the spirit of the times and in tune with the lyrical content of the song, the Burgas band presents Head Error with a minimalist video. The contrast with their professional first video for the debut single Broken is completely purposeful, as the idea and direction are of the drummer Ivan Yankov, also known as ESTEO among the graffiti artists. The harsh, gray tones of the video add to the suggestion that feelings of hopelessness and apathy surround us more and more aggressively.

The sound of Head Error is sculpted in Audioslot - the studio of Vasko Raykov from Odd Crew, who never hid his sympathy for the Burgas band. It is his voice in the thick backing vocals to the song. And the mix and the final mastering are the work of Mikhail Rusev.

The premiere of the new single is on Friday, April 23, at 11:00, and in addition to the band's YouTube channel: LEK CITY CASE, you can now hear it on all popular audio streaming platforms.