They present the film "Enlightenment", dedicated to the work of Hristo Fotev 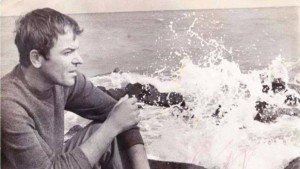 The documentary "Enlightenment", dedicated to the work of the poet Hristo Fotev, will be presented at the Library. The preview of the 20-minute video will take place on Tuesday at 6:30 p.m.

The director of the touching film is Hristo Simeonov, who worked on the script together with Hristo Dimitrov - Hindo.

"Enlightenment" is inspired by four favorite poems of Fotev. Viewers will hear the author's voice and the story of each verse about the moment of enlightenment in which he was born. The recordings included in the film are by Kiril Gotsev from 1983.