Tsvetana Ivanova with an online clavichord concert in Burgas

Home    News    Tsvetana Ivanova with an online clavichord concert in Burgas
Font: A A A
31 March 2021   Print 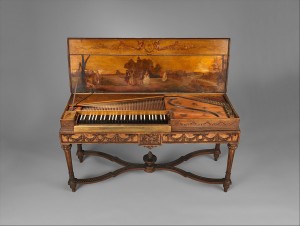 Tsvetana Ivanova will present her music project "Time for Intimacy or Invitation to Listen" online. broadcast live on the Facebook page of BNR Burgas.

Tsvetana Ivanova graduated in piano and at the same time specialized in historical keyboard instruments (harpsichord, hammer piano, clavichord) at the University of Music in Cologne. Concentrates on the stage of a number of festivals such as the Berlin Biennale, Numus Festival - Denmark, Music and Machines - Leipzig and others.

"The clavichord is a musical instrument for which there is the first information from the 14th - 15th century. In the past, it has been widely used as an exercise tool and in composing. It was designed for chamber music in small rooms and has many parameters that relate to sound quality and aesthetics, which on the piano can not be reproduced. This is the attraction of the ancient instruments, which give us another perception of the world, "said Tsvetana Ivanova.

She is happy to return to her hometown of Burgas to present her clavichord concert, which includes ancient music and a newly written piece. BNR - Burgas will broadcast it on March 31 at 6 pm on its Facebook page.

The project "Time for intimacy or invitation to listen" is funded by the National Fund "Culture" and is implemented with the support of the Municipality of Burgas.