Why emperors, sultans and kings used Burgas mineral water - find out this on Friday in TC "Akve Khalide"

Home    News    Why emperors, sultans and kings used Burgas mineral water - find out this on Friday in TC "Akve Khalide"
Font: A A A
24 February 2021   Print 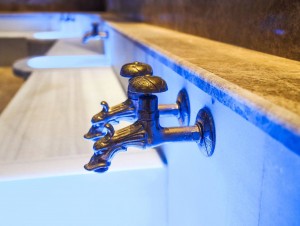 You can learn more about the properties of the healing waters from the mineral baths of Burgas on Friday, February 26, from 16:00, in the shopping center "Akve Khalide". The assembly point is in front of the public fountain. While drinking from the water, Vessela Hristova will tell you what are the important characteristics of the local spring - mineralization, elements, temperature. Although the mineral water from this place has been known since ancient times, during the years of operation there have been a number of cataclysms. Little is known about the fact that a century ago the city of Burgas was supplied with water from the mineral baths, and in the 90s of the twentieth century the spring dried up.

The lecture is the first focus of the three-day program of "Pro- Leti - Bazzar for good things", which will be held from 26 to 28 February.

In the three days, from 10:00 to 20:00, masters of antique weapons, traditional knitting, minting coins, food and decorations will present their crafts in the shopping center "Akve Khalide".

For the children there will be workshops for martenitsas from the municipal enterprise "Sea Signs" and the well-known "Art-and-Facts".