For the first time, Niagara Falls will shine in the colors of the Bulgarian flag on the occasion of March 3

Home    News    For the first time, Niagara Falls will shine in the colors of the Bulgarian flag on the occasion of March 3
Font: A A A
20 February 2021   Print 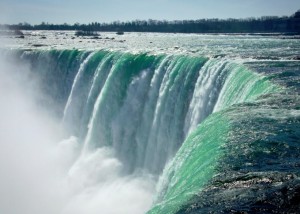 For the first time in history, Niagara Falls will be illuminated in the colors of the Bulgarian tricolor on the occasion of the National Holiday of Bulgaria. The initiative to shine one of the most beautiful natural phenomena in the world in white, green and red is the only one of its kind to date and marks an important anniversary of the 55th anniversary of diplomatic relations between Bulgaria and Canada.

The event is organized by the Consulate General of Bulgaria in Toronto, with the support of the Embassy of the Republic of Bulgaria in Canada. The light show on March 3 will be available between 22:00 and 22:15 Canadian time (05:00 - 05:15 in Bulgaria) from both the Canadian coast and the United States. It can also be followed live on the Facebook page of our Consulate General in Toronto.

Due to the anti-epidemic measures introduced by the authorities, the organizers call on Bulgarian citizens to stay at home and follow the event online.