Cinema Class Burgas is looking for its new participants 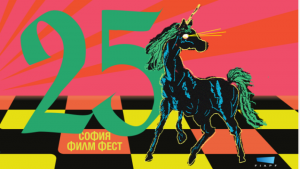 For the third time Cinema clas-Burgas at the “Sofia Film Fest on the Shore” under the direction of director Nadezhda Koseva will acquaint its students with the magic of cinema. It will give them the opportunity to create their own interpretation of individual episodes of the film "Scenes from the Life of an Actress" with director Ivan Vladimirov, chosen by Professor Georgy Dyulgerov, and take part as scriptwriters, directors, cameramen, actors, decorators, sound engineers and editors. Some of the participants will again form a youth jury at the next Sofia Film Fest on the Shore, which will award the Bourgas Governor's Prize for the best short film.

If you are between 16 and 30 years old, send a personal message on the page “Sofia Film Fest on the Shore” on Facebook: https://www.facebook.com/sffnabrega/, and a short video - up to 1 minute, in which introduce yourself and tell why would you like to participate.

The deadline for registration is February 4 (inclusive).