Home    News    Two more events are included in the poster of the Cultural House of Petrochemistry for this month
Font: A A A
19 January 2021   Print 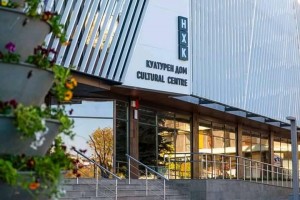 On Thursday, January 28, from 18:00 on the stage of the NHC will be played the comedy show "My father's name is Maria." The author of the play is Ivan Angelov, and the director is Asen Blatechki.

A concert will be held on January 29 at the House of Petrochemistry, which includes selected performances of opera and operetta classics. The concert is entitled "In the whirlwind of love" and will have two editions - from 19:00. There will be arias and duets from the world treasury, loaded with love confessions, tender words, elegant charm and vitality performed by Daniela Karaivanova - soprano, and Boris Lukov - tenor.

Eric Chapel's comedy "Funny Ward" will be performed on the NHC stage on January 31 at 19:00. The director of the production is Robin Kafaliev, and the set designer is Teodor Daskalov. Participants: Robin Kafaliev, Nikolay Syarov, Evgeni Stefanov, Ivan Ivanov, Rositsa Kehayova, Anna-Maria Nikolaeva.

All events in the House of Petrochemistry will be held in strict compliance with anti-epidemic measures against kovid - 19.

There is a limit of 30% occupancy of seats in the hall, and spectators will sit in two chairs.

It is mandatory to wear protective masks, observe physical distance, as well as other anti-epidemic safety measures.