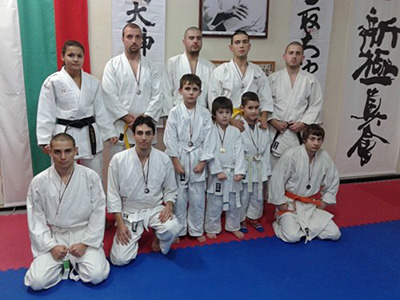 2 gold, 2 silver and 7 bronze medals were captured by Police karate and jiu jitsu club - Burgas in the 12th National festival of battle sports, which was held in Sofia.

In the discipline "jiu jitsu fighting", category - 56 kg the club from Burgas was represented by Georgi Kiskinov and Gabriel Dachev, who captured the first three places.