The best of the contest for picture in the bus 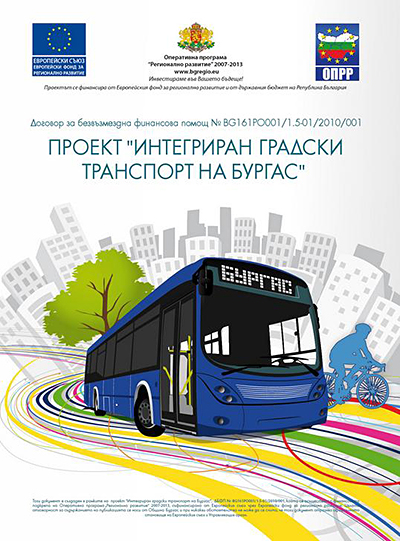 The users of social network Facebook have the opportunity to chose the most original photo in the contest for picture in bus on theme "Green crossing the city". It is realized under project "Integrated urban transport in Burgas", implemented by Burgas Municipality as beneficiary of OP "Regional Development" 2007-2013, co-financed by EU through European fund for regional development.

The deadline for voting is from 18th of November to 21st of November 2014 on Facebook page:

The results of the contest will be announced on the internet on the web page of Burgas Municipality. The winners will be awarded on special ceremony.