Home    News    Photo exhibition "Deultum Inspiration" shows the history of the ancient city in 24 frames
Font: A A A
10 August 2020   Print 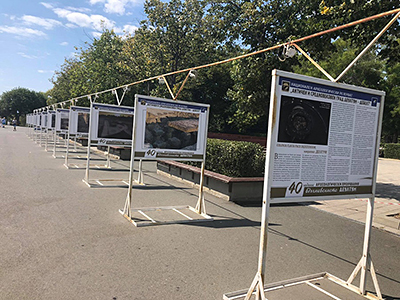 Archaeological excavations in the ancient and medieval city of Deultum - today's village of Debelt - have a 40-year history. Having started with the construction of a metallurgical plant in the area, they quickly discovered the rich cultural layers in the area, due to which a large part of the territory received the status of a National Archaeological Reserve.

The four photographers from the Burgas Photographic Community - Etelka Pireva, Dimitrina Andreeva, Alexander Stoyanov and Todor Dinev capture with their lenses the elegance of the valuable artifacts, collected in 24 impressive photographs. The exhibition also selects photos of individual finds by the young film director Kiril Todorov.

The exposition is arranged in front of the alley of the Cultural Center "Sea Casino" and can be seen until the end of August.