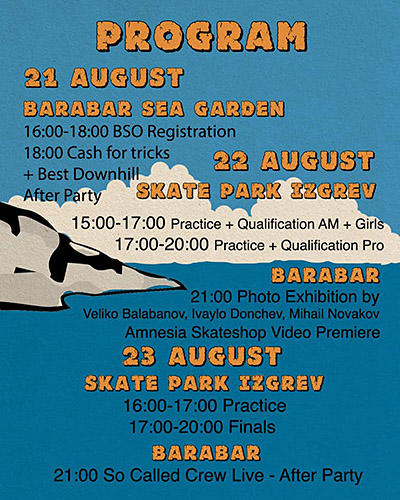 These performers are highly respected among today's young people in Bulgaria. Barabar bar under the Summer Theater has become a favorite place for all informals and subcultures in Burgas. You can hear So Called Crew from 9pm on August 23rd.

The upcoming edition of the Burgas Skate Open is the sixth in a row.

The locations where the competition will take place are the following:

21.08 - behind the Summer Theater in the Sea Garden