THE KINGDOM OF FAIRY TALES COMES TO BURGAS IN AUGUST 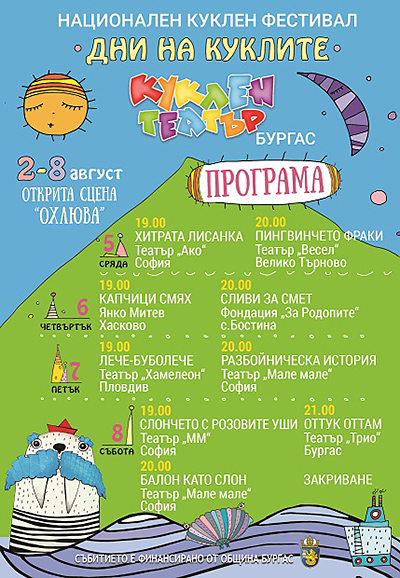 10 theater troupes from all over the country for seven days will delight fans of fairy tales during the sixth edition of the National Festival "Days of Dolls".

It will be held from 2 to 8 August and every evening from 19:00 and 20:00 on the open stage "Snail" will be performed in two productions.

The festival "Days of Dolls" is held for the first time in 2014 on the occasion of the 60th anniversary of the State Puppet Theater - Burgas. This year the format of the event will be national.

The event is realized by the State Puppet Theater - Burgas, in partnership with the Municipality of Burgas.