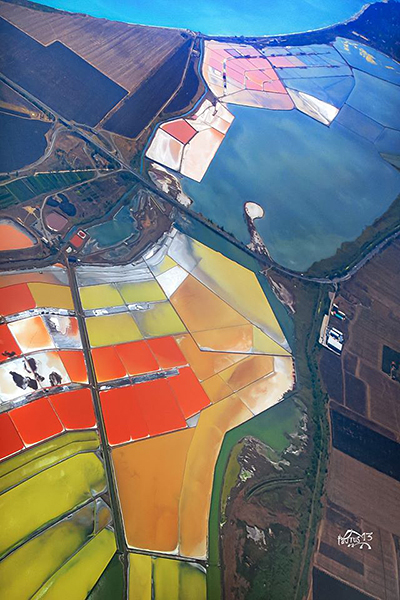 Atanasovsko Lake is located in the northeastern part of the city of Burgas and is known as the bird paradise of Bulgaria.

It’s a hypersaline seaside lake, divided in two parts by the Burgas – Varna road. The north part is a natural reserve and the south part – a buffer zone, later on changed to a protected area.

The lake is under the Via Pontica migration route and is of European significance in terms of wandering birds, especially pelicans, eagles, harriers and storks.

For more than 100 years now, the lake is used not only by the birds but by people as well – to extract valuable salt. Along the Black Sea Coast salt production has centuries-old traditions, dating back to 3rd century B.C. The salt pans of the Atanasovsko Lake were created in 1906.

Currently, “Black Sea Salt Pans” JSC who manage the lake, have placed their evaporators on the territory of the lake, which produce around 40 000 tons of sea salt annually.

And right here is one of the most picturesque bike lanes in the region.